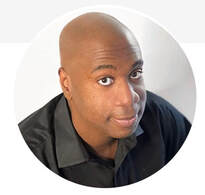 Legendary DJ Kenny Parker began deejaying for BOOGIE DOWN PRODUCTIONS in 1989, during the "GHETTO MUSIC" tour, after receiving a B.A. in Psychology from St. Peter's University. Kenny is the younger brother of BDP leader & founder KRS-ONE. He has toured all over the U.S., Europe, Asia & Canada as the DJ for his big brother. Kenny was the DJ for KRS-ONE in 1994 when KRS won the 1st ever SOURCE AWARD for "Best Live Performance”

Kenny has spun in many iconic venues such as, Madison Square Garden (NY), Yankee Stadium(NY), Oakland Stadium (CA), Nassau Coliseum(NY), the Staples Center (LA), Brixton Academy (LONDON), Foxboro Stadium (BOS), Central Park summer Stage (NY), The Apollo (NY), The Plaza Hotel (NY) & The Waldorf Astoria (NY)
Kenny also has spun in some of the hottest and trendiest clubs during his 25 year career as a professional DJ, such as, The Fridge (London), The Tunnel (NY), The Palladium (NY, LA), S.O.B.'s (NY), CBGB'S (NY), The House of Blues (LA, NO) and almost a thousand other clubs and universities. He is the official New Year's Eve DJ for Mr. Chow's Restaurant (Tribeca) in NYC.

He has deejayed on many national and international television shows. In the states, he has appeared on The Arsenio Hall Show, Soul Train, B.E.T. Rap City, VH1 Earth Day concert, 'YO' MTV  Raps, B.E.T. Video Soul, B.E.T. 106 & Park, Video Music Box, MTV Free Tibet concert. Internationally he has appeared on Japanese and German television.  He appeared on the very first episode of MTV's "THE REAL WORLD", in which he deejayed and produced 2 songs making him the first DJ to ever appear on a reality show(1992).  He has also appeared or have been featured in over 20 music videos.

Of course Kenny has been a huge presence on the airwaves. He has spun on HOT 97 radio in New York with Funkmaster Flex. Kenny has also spun on POWER 106 in Los Angeles, East Village Radio in NYC and SPITKICKER RADIO on Xm satellite. Kenny deejayed all but one of the songs on the very first live hip-hop album in music history……."BOOGIE DOWN PRODUCTIONS, WORLDWIDE LIVE".

Kenny Parker is also an accomplished Hip-Hop producer. He has produced numerous songs for KRS-ONE & Boogie Down Productions, as well as M.O.P., Freddie Foxx, Funkmaster Flex, Yvette Michele, PMD, The Lady of Rage, Heather B., Mad Lion, Caron Wheeler, Hakim (Channel Live) and many others. He has released four breakbeat albums and produced music for four television commercials for NIKE.

Kenny has even touched the literary world. He is featured in the book, "SP 1200, The Art & Science", for his pioneering use of the legendary SP 1200 drum machine. In 2012 KRS-One released " The BDP Album". Produced almost entirely by his little brother, Kenny Parker.
Kenny remains dedicated to this pillar of hip hop and continues to deejay weekly in New York City and Brooklyn.